Our wildlife in New Zealand is unique and wonderful, we hope for the pūkeko books to encourage readers and listeners alike to care for them as much as we do! While we will be donating 20 cents of each book sold to Tiritiri Matangi Island, we also want to help spread awareness about the birds featured in the book! 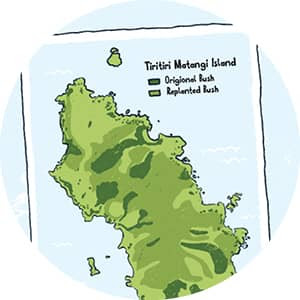 Tiritiri Matangi Island is one of New Zealand’s most recognised and important conservation projects. It is a safe haven for New Zealand’s native birds and from the moment you step onto the island, you’ll be serenaded with a plethora of bird songs.

71 species of birdlife can be found in this pest free island, including; Kororā penguins, Takahē, Kōkako, Kiwi and more! Between 1984 and 1994 volunteers planted between 250,000 and 300,000 trees which ultimately resulted in 60% of the island being forested with the remaining 40% staying grassland for species preferring an open habitat.

Tiritiri Matangi Island is in partnership with the DOC (Department of Conservation) and the community, through the Supporters of Tiritiri Matangi (Inc). If you would like to get involved whether it’s; becoming a Guide, working in the gift shop or any other volunteer opportunities, please visit: www.tiritirimatangi.org.nz/get-involved

Here's some information about some of the birds in the book 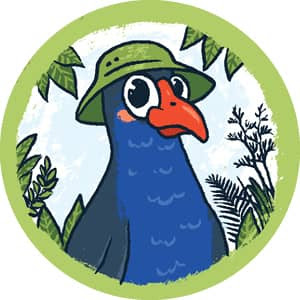 The Australasian swamphen, or the ‘Pūkeko’ is a wetland bird native to Australasia. The name ‘Pūkeko’ comes from the Maori language meaning ‘Purple Swamp Hen’. Although they’re not great flyers, they are good waders, swimmers and runners. The Pūkeko are very vocal birds, with a variety of calls. So, don’t be alarmed if they make noise in front of you, they’re just chatting with their friends! 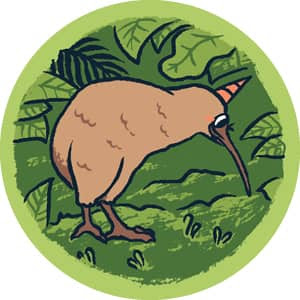 Kiwi birds are only found in New Zealand, so much so that people from New Zealand are often referred to as ‘Kiwis’. They are a flightless bird approximately the size of a chicken and they love to roam at night time. (That’s when all the best bugs are out!). The Kiwi birds are currently endangered and as such, 20% of the population is currently under management to help increase numbers. 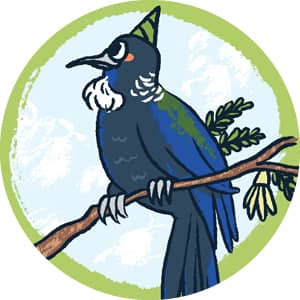 The Tūī bird is a large honey eater native to New Zealand, in particular the North Island. Tu- love to feed from fruit trees and can become quite territorial when other birds try and steal their fruit. Tu- can also sing at such a high pitch that even humans can’t hear it! 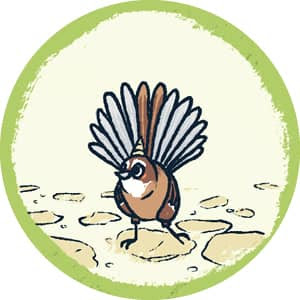 Fantails, also known as ‘pīwakawaka’, are one of the most common birds in New Zealand but they’re also found in; Australia, Southeast Asia and India. Don’t worry if you’re afraid of creepy crawlies, Fantails love to feast on them whenever they can! 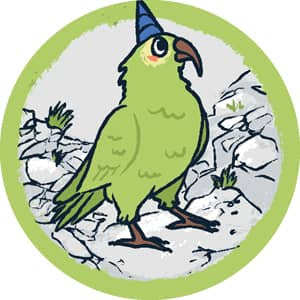 A Kea is the worlds only alpine parrot and native to New Zealand. Their coat is mainly an olive green colour with bright orange feathers under its’ wings. The Kea has also been announced as one of the cheekiest birds on earth with a true hunger for car parts!